#110 The ‘other’ gender bias in medicine 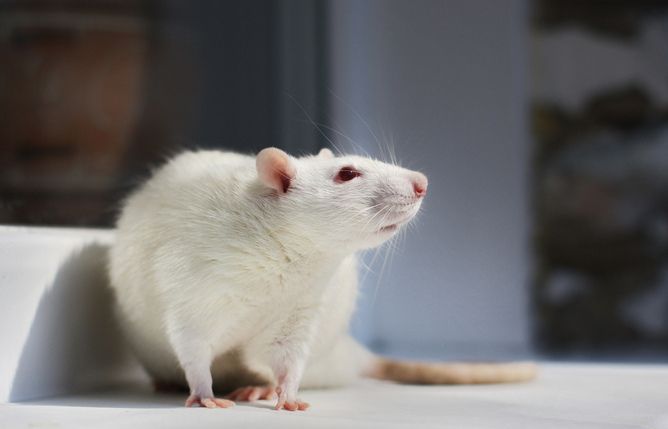 Although steadily shortening, the list of gender-based discriminations in the medical sphere is long. From gender pay gaps and unequal representation in leadership, to fewer women in surgical positions, we are no strangers to dealing with inequality in medicine. However, I would like to highlight a lesser known gender bias in medicine; a bias against female rats.

Historically, the rats used in clinical trials were male. It was believed that hormones like oestrogen could distort how a rat would respond to experimental treatments and result in misleading and difficult to interpret findings. Females were considered more of a ‘hassle,’ plagued by the inconveniences of menses and pregnancy. In her paper published in Science, Associate Professor Rebecca Shansky chronicled a long history of researchers relying on male mice for pharmacological studies, citing a deep-seated misconception that women are more biologically complex than men.

Unfortunately, many female humans suffer the same fate as female mice in the research sphere. In its 2014 report, the Brigham and Women’s Hospital in Boston highlighted the frequent exclusion of women from medical trials. “Once clinical trials begin, researchers frequently do not enrol adequate numbers of women or, when they do, fail to analyse or report data separately by sex. This hampers our ability to identify important differences that could benefit the health of all.”

When women are not included in clinical trials, we cannot be sure that the advice we are giving to female patients regarding drug dosing, side effect profiles and efficacy, is entirely reliable. We are forced to make the assumption that women will have the exact same metabolic and biochemical response to treatments as their male counterparts. However, this is not always the case.

Males and females have important biological differences. We differ in size and weight, which means that dosing may need to be considered differently. Moreover, we experience illness differently with respect to age of onset, severity, symptom burden and prevalence, particularly in the case of autoimmune diseases such as lupus or psychological conditions such as anxiety and depression.

In paediatric medicine, we are careful to titrate doses and classes of medication to a child’s height, weight and age. There is no assumption that a one-year-old, 10kg child will tolerate the same dose of medication as a 10-year-old, 25kg child. Paediatric doses are often carefully titrated to the individual characteristics of the patient, particularly when a drug has a low therapeutic index. However, for many adult drugs we do not know the specifications to determine the lowest effective dose. An elderly, 50kg woman and a fit, 80kg male may have the same recommended dose of a particular drug. Many doctors will lower a dose of particular medications for a small, female patient, however, the exact dosing modification is often an estimation, influenced by clinical experience rather than the ability to access evidence-based guidelines.

Many of us will remember the case of the sleeping tablet zolpidem (Ambien). The pre-clinical and clinical trials recommended a specific treatment dose, based on the results from their trial populations. Once used in a real-world population, it was found that women had a lower apparent rate of clearance of the drug. The US Food and Drug Administration (FDA) has subsequently released a black box (strict labelling) warning for the drug and advised that women take 50 per cent of the dose recommended to men.

Of course, this bias is not always intended sinisterly, particularly when we consider the difficulty of conducting clinical trials in a pregnant population. Following the thalidomide tragedyin the 1950s, the US FDA recommended in 1977 that women with ‘childbearing potential’ should refrain from participating in phase 1 and early phase 2 clinical trials until toxicity studies are conducted. As an old lecturer of mine so eloquently put, “Sperm regenerates. An egg doesn’t”.

Naturally, many doctors are fearful of prescribing any new medication to a pregnant woman if the toxicity is not known. Yet, it is difficult to ascertain teratogenicity without trialling the drugs in pregnancy. As a result of this insoluble dilemma, our medical system often fails these pregnant patients.

During a recent few weeks spent working in the obstetric medicine department of a major London hospital, I witnessed all too poignantly what happens when specialists who are inexperienced in women’s health are faced with a suddenly pregnant patient. In the birth suite, I met a young woman who waited an unnecessary six months between being diagnosed with cancer and the birth of her son, before starting life-saving chemotherapy. The emerging evidence now demonstrates that the drug is safe to use during pregnancy and poses no known risk to a fetus. She now has metastatic disease and a child suffering from complications relating to him being delivered six-weeks early so his mother could start chemotherapy.

Pregnancy is a catch-22. We don’t want to test potentially toxic drugs on pregnant women, but we want to advise pregnant women on which drugs are potentially toxic. Yet this exception aside, there are very few justifiable reasons to exclude or minimise the percentage of women enrolled in clinical trials for drugs which are being marketed to women. We do not want the data pertaining to treatment metabolism, excretion, side effect profiles, safety and efficacy to be less applicable to women than to men.

I’d be remiss not to acknowledge the significant progress in this sphere and the increasing representation of women in clinical trials. The United States’ National Institute of Health (NIH) Revitalisation Act of 1993 mandated that the appropriate inclusion of all minorities in any NIH funded research included the world’s largest ‘minority’ group; women. In 2017, the FDA was able to announce that 43 per cent of their clinical trial participants were women. Yet as is the case with so many facets of medicine, despite heading in the right direction, we still have significant ground to cover before we can safely say that we are providing women with the best advice about their suitability for the most cutting-edge pharmacological treatments.