#120 How to save the environment while saving lives 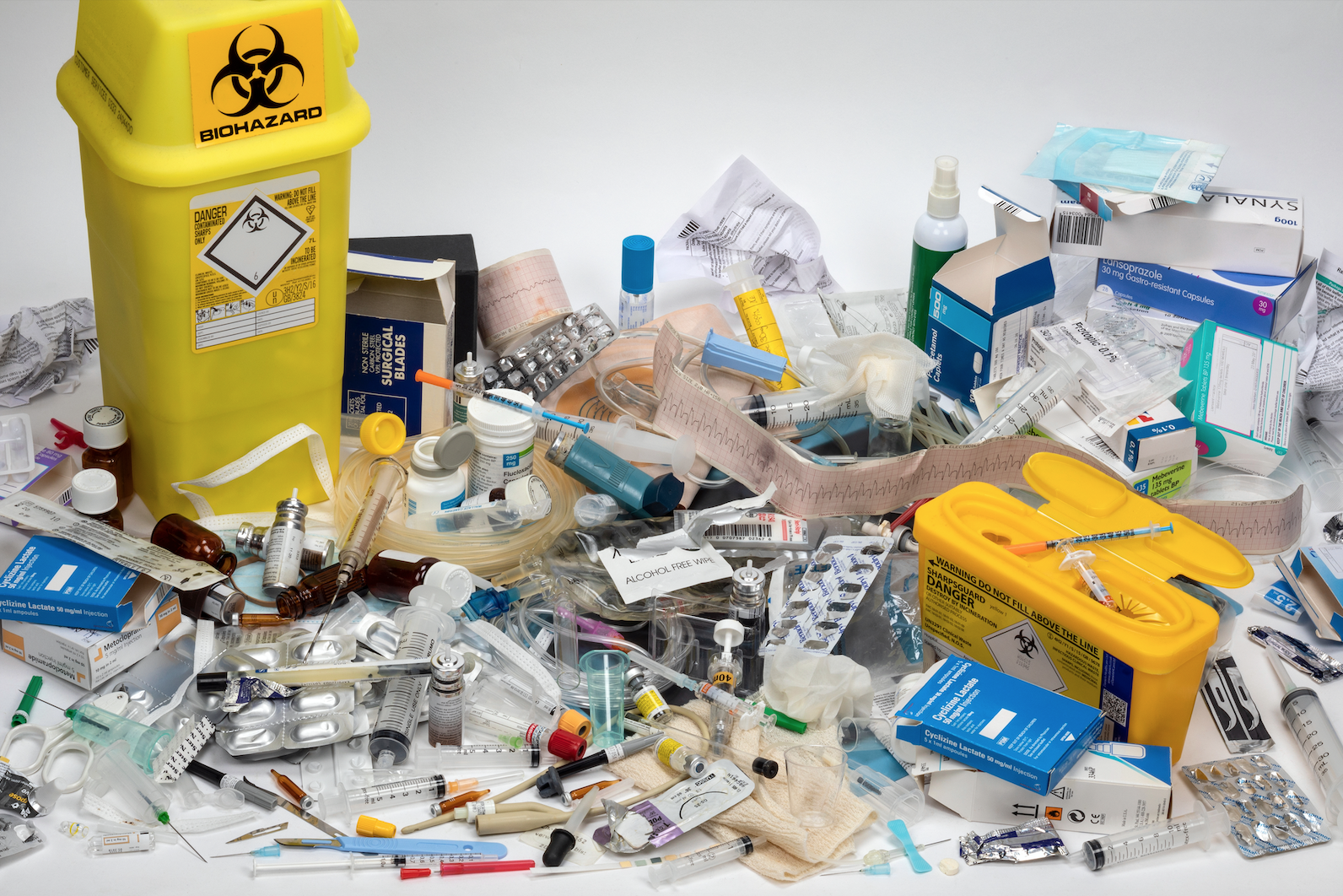 If you have been following any form of media in the past few months, you will be aware that climate change is again at the forefront of conversations. With climate strikes occurring internationally, including 100,000 people gathering in Melbourne in the lead-up to the United Nations Climate Action Summit, the conversation regarding climate action has never been more prominent.

The AMA recently acknowledged that climate change is a health emergency. The Lancet in 2015 described climate change as the biggest global health threat, potentially undermining the last 50 years of gains in public health. It also stated, “Tackling climate change could very well be our greatest global health opportunity”. Trends in average global temperature since 2015 are on track to make this the warmest of any equivalent period on record; carbon emissions grew globally by 2 per cent and have reached a record high of 37 billion tonnes of carbon dioxide in the atmosphere. There are both direct and indirect health consequences of this - from morbidity and mortality related to increasingly prevalent heat waves, floods, fires, droughts and severe storms, to the indirect consequences of increased transmission of vector borne disease, air pollution on respiratory and cardiovascular health, mental illness, and impaired access to clean air and water, leading to food insecurity and malnutrition.

Our immediate action is required. While making changes as one individual may seem futile when contemplating the systemic and global barriers to achieving the drastic change required on an industrial level, they should not! As a medical community we have the ability to introspect and make changes within the health system to positively impact this health crisis. In 2014-15, healthcare contributed to 7 per cent of the Australian carbon footprint, with two-thirds attributable to hospitals and pharmaceuticals. Single-use plastics, anaesthetics, food waste and energy consumption are some of the biggest contributors. However, simple solutions implemented by all of us can make an immense difference and also be a cost benefit to health services.

Across the country we are already seeing leadership on the issue and examples of how to make small but effective changes - namely at Princess Alexandra Hospital (PAH) in Brisbane and Western Health here in Victoria. In 2018 alone, PAH managed to reduce its waste by 600,000kg and Western Health successfully recycles 35 per cent of its annual waste, diverting 570 tonnes of waste from landfill.

Unsurprisingly, the most bang for your buck in waste reduction is in the theatre suite. Polyvinyl chloride products (a lightweight plastic commonly referred to as PVC) alone account for 25 per cent of single-use waste in hospitals, including oxygen tubing, face masks, IV fluid bags and diathermy wires. At PAH, 400kg of PVC is recycled every month. A similar project was commenced at Western Health several years ago, removing the metal nose clips and plastic inlet nozzles off masks, to recycle these products in partnership with a company that turns them into agricultural hoses. This program is now in approximately 130 hospitals across the country, making a huge difference to our environmental footprint. A 300-bed hospital can recycle 2.5 tonnes of PVC in a year.

There have also been efforts to reduce the use of plastics from the outset, such as replacing the annual use of 700,000 plastic kidney dishes at PAH with biodegradable products. It is also important to understand that recycling efforts are very important and reusing where possible is always preferential; Western Health reuses kidney dishes, laryngoscopes, breathing circuits and facemasks, saving over $100,000 annually.

Single-use metal equipment, also predominantly used in theatre, contributes to a large burden of waste when incinerated following use. PAH and Western Health have both set up metal recycling and sterilisation equipment, leading to an 80 per cent reduction in sharps bin waste disposal at Western Health. Recycling and laundering the single-use towels for surgical scrubbing to sell and raise funds for breast cancer in a program dubbed the ‘Little Blue Towel’ project has also been a winner.

Beyond the surgical equipment in theatre, another significant contributor to carbon emissions is the use of volatile anaesthetic gases. Desflurane, sevoflurane and nitrous oxide are more potent greenhouse gases than carbon dioxide. Replacing these with intravenous anaesthetics has a significant environmental benefit without an overbearing cost burden or patient disadvantage.

Disposing of clinical waste and infection control is understandably a predominant concern when discussing recycling of material in hospitals. The World Health Organization (WHO) has found that in high income countries like Australia, hospitals produce 3 to 5kg of waste per patient per day. Eighty-five per cent of this waste is classified as non-hazardous and non-infectious. The evidence within Victoria shows that approximately 45 per cent of hospital waste produced is general waste, 30 per cent infectious and 25 per cent recycling. The cost of general waste and recycling disposal are similar, but the cost of disposing clinical waste is approximately $1 per kg, which is ten times the cost of non-clinical waste disposal.

Studies have shown that a recycling rate of 20 to 25 per cent in operating theatres and wards is achievable without compromising infection control or financial constraints. Clearly, there is a strong financial incentive for separating waste streams as well as the clear environmental benefit. The Royal Melbourne Hospital implemented waste streams in 2013 with separate recycling bins for cardboard and paper, co-mingled glass and plastic, aluminium, batteries, PVC and sterile hand towels. This has had a clear environmental and financial benefit, with a reduction of 187 tonnes of clinical waste and a cost saving of $230,000 in that year.

Moving outside the realm of hospital equipment, there are many other areas in which sustainable changes can make a significant difference, as enormous institutions servicing hundreds of people. Upwards of 40 per cent of hospital food is not consumed by patients and many items are wrapped in plastic as single item servings.

Strategies to minimise food waste are occurring more frequently across the country. Sunshine Hospital has large food dehydrator systems and then sells dehydrated food as compost to local farmers. Similar composting efforts are happening at Ballarat Health and at PAH, with PAH having several gardens fertilised by composted food waste, coffee grounds and dead flowers and the fruit grown in the garden is served to patients as either fresh produce or in jams.

Beyond food waste management, many other simple and effective strategies exist. Sunshine Hospital and Ballarat Health have implemented solar panels which deliver 440mwH per year, or the equivalent of the energy required to power approximately 60 four-person houses in a year. This has been coupled with the implementation of LED lighting, which saves the equivalent of powering 165 houses annually; with the installation costs repaid within two years with the reduction of power used. Other simple measures include reducing general waste bin sizes and a higher frequency of recycling bins in office departments, increasing telehealth utilisation to minimise long haul commuting where possible whilst still providing adequate care and even implementing water fountains and encouraging the use of recyclable coffee cups.

Our environment and health outcomes are inextricably linked; it’s why public health policies such as those surrounding water usage and air pollution exist. The impact that climate change will have on health is already significant and threatens to become catastrophic if we continue on our current trajectory. The delivery of healthcare in our hospitals is inadvertently contributing to a global problem, and yet there is so much potential for changes that we can make.

While international and local political change is necessary to achieve the emission and global temperature targets of the Paris agreement, as health services we have a moral obligation to initiate and sustain efforts to reduce the carbon footprint of healthcare. Attempting to reduce the impact of climate change is a cost-effective endeavour. Reducing waste and energy consumption and recycling have a direct cost benefit and can even be a profitable exercise. The long-term cost benefits of investing in this as a health prevention strategy are abundant. So if you haven’t done so already, it’s time to consider what you and your health service can implement in order to simultaneously save money while saving lives and protecting our environment.

This article appears in the Summer 2019/20 edition of Vicdoc magazine.