#167 The new wave of silicosis 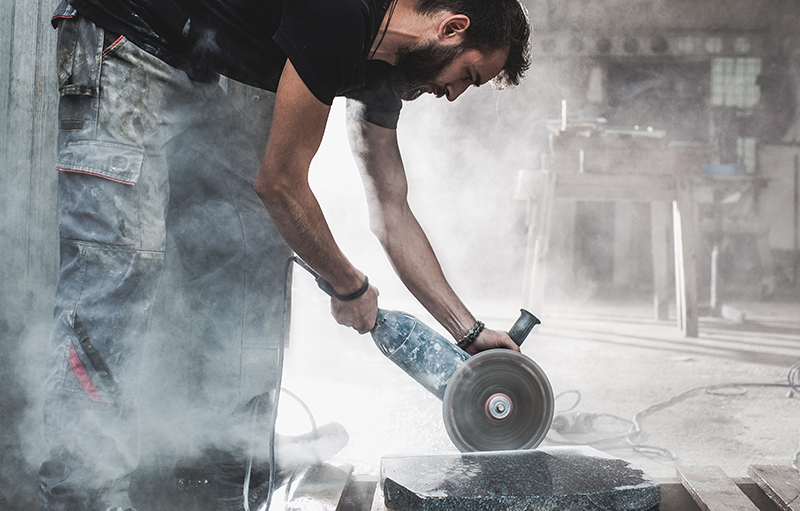 Despite silicosis being one of the oldest known lung diseases, one that was identified as early as the mid16th century – and one we thought had all but disappeared in Australia - it has re-emerged in the 21st century.

Silica exposure was known to cause lung disease before tobacco smoke was identified as being a health issue and before asbestos was known to be a problem, so its re-emergence as a major health crisis is unfathomable.

During the initial 10 years of my work as a respiratory physician with an interest in occupational lung disease, I had seen maybe one or two patients with the condition but I am now treating more than 40 patients with silicosis. This is already an extraordinarily high number, but sadly I am only expecting this number to increase.

Silicosis is an entirely preventable lung disease, specifically caused by workplace exposure to silica dust. Patients recently diagnosed with this condition have primarily worked in the stone benchtop industry, fabricating domestic benchtops from artificial stone material. It is a young workforce. We have diagnosed workers in their mid-20s with the condition. The form of silicosis affecting artificial stone workers, known as accelerated silicosis, has a much shorter latency and higher risk of progression than the most commonly known form of chronic silicosis.

The first case of this recent wave of silicosis in Australia was reported in 2015. Since then, we have seen a rapid increase in presentations of the disease. We are seeing some of the first cases here in Australia because of active screening of workers in this industry, but I know from colleagues in America, Canada, China and Europe that they have also had a n increase in presentations of patients with silicosis, due to the increased use of artificial stone in kitchen design around the world.

Screening programs have commenced in Queensland, South Australia and Victoria to identify affected workers. Further reporting and analysis of data from screening programs is required, however, the initial results from Queensland indicated as many as a third of workers in those workplaces could be affected by silicosis. The working population in the artificial stone cutting industry in Australia is about 10,000 people and we are certainly concerned that several hundred, if not a few thousand people, may be affected.

Screening is extremely important to identify silicosis as early as possible. In the early stages of silicosis, people don’t have any symptoms. It is only once the disease progresses to the point that it has caused extensive pulmonary fibrosis that symptoms such as shortness of breath or cough will become apparent. We need to identify affected workers as early as possible so measures can be taken to reduce the risk of progression of the disease.

Unfortunately, many of the patients we are seeing with silicosis are presenting late, when the disease has progressed to an advanced stage. Although no medications are available to reverse or cure the condition, we are hopeful of developing clinical trials and new drug therapies.

Despite clear regulations relating to occupational silica dust exposure, the re-emergence of silicosis demonstrates that there has been very little control of the dust levels in these workplaces and that there has been a failing in enforcement of these regulations. Considering high silica content artificial stone materials were introduced to Australia in the early 2000s, almost 20 years of insufficient dust control measures in this industry has exposed a large number of workers to hazardous levels of silica dust. Even those workers without current symptoms of silicosis will require health surveillance for many years to come.

We now need to work with government and industry to provide assistance to those diagnosed with the condition, research to support future treatment methods and put in place practices to protect others workers from contracting this entirely preventable lung condition.

In Victoria, a free screening program can be accessed through WorkSafe.