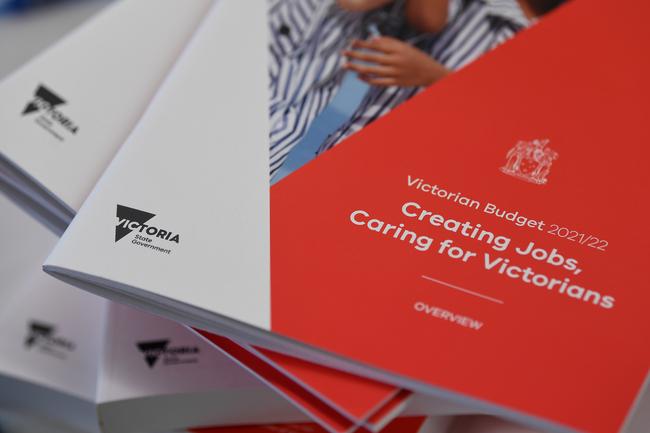 On the morning of Thursday 20 May, AMA Victoria was afforded the opportunity to take part in this year’s budget ‘lockup’ (or, in the Government’s terms, “Special Interest Group briefing”). This was a useful opportunity to hear firsthand from State Ministers an outline of the key elements of the 2021-22 Victorian State Budget, and to comb through its voluminous contents a few hours before the general public.

In the lead up to the budget, AMA Victoria had 3 priorities that we hoped the Government would address:

Our first impressions are that this budget largely delivers on all 3 fronts.

As we called for in our State Budget Submission, we are pleased that the Government has publicly acknowledged and provided immediate attention and resourcing to the crisis currently occurring across the Victorian health system, evidenced by worsening acute access block and subsequent overcrowding in emergency departments. We are also pleased that the Government has recognised that the problem is far broader than simply a lack of ambulances, and that system-wide reform is required.

However, we are disappointed that our calls for increased investment in maintenance for our ageing metropolitan hospitals appear to have fallen on deaf ears. The budget was light on upgrades for facilities such as The Royal Melbourne Hospital and The Alfred. Premier Andrews has been on record since 2015 conceding that money urgently needs to be spent to upgrade The Royal Melbourne, in particular.

Even before the COVID-19 pandemic, there was a need for investment in key mental health priority areas to ensure Victorians receive adequate care, support and treatment. In the pandemic’s wake, such investment is an urgent necessity. It is gratifying that the Victorian Government has recognised this and inarguably made mental health the centrepiece of this year’s budget, which, as Prof Pat McGorry has noted, is perhaps the first time any government in the world has done so.

However, questions remain. Of the 3000 new mental health workers, we are yet to receive clarification of how many are to be psychiatrists. Further, while we wholeheartedly agree with the Government that the system needs to be built from the ‘ground up’ and that this takes time, we are in crisis now, and the Government has not adequately increased the psychiatric bed capacity in public hospitals, as we called for prior to the budget.

Moreover, regarding the mental health support in schools initiative, like with so many of these worthy initiatives, we fear that funding will primarily be used for the identification of mental health issues, as opposed to their subsequent treatment by medical professionals- which is often a recipe for dashed expectations.

$700M of the overall mental health package will go to the regions.

The budget rests on the assumption that Victoria will avoid further protracted lockdowns. Accordingly, the budget allocates $1.3B to continue the state's fight against COVID, funding which we support.

Moving beyond the immediate necessity to fund the COVID response, we put to the Government prior to the budget that to ensure preparedness for public health crises in the future, we need public health vision in Victoria. We need substantial, permanent, new investment in public health and proactive planning to address our current and future needs.

Whilst not in the budget itself, we particularly welcome the Victorian Government’s recent announcement that it was going to provide the funds necessary to secure the development of a new Australian Institute of Infectious Disease in Victoria to help lead the fight against future pandemics.

As is inevitable, there have been some oversights, most notably the continued neglect of general practice. However, in its totality, AMA Victoria’s first impressions of this budget are mostly positive.

We welcome the views of our members, which will influence our formal response to the budget and our subsequent discussions with the State Government. If you wish to provide feedback on the Victorian Budget 2021/22, please contact Senior Policy Adviser, Lewis Horton, at LewisH@amavic.com.au.